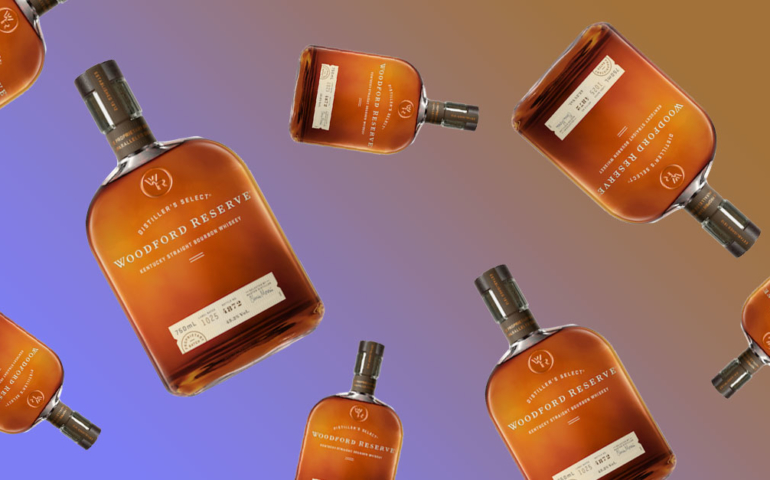 Woodford Reserve was launched by the Brown-Forman Corporation less than a quarter-century ago, in 1996. Within the frame of bourbon’s multi-century history, the brand is little more than an infant. Yet, Woodford Reserve does not lack tales or prestige.

Located eight miles outside Versailles, in Woodford County, Ky., Woodford Reserve occupies one of Kentucky’s oldest, most important distilleries. It’s the official sponsor of a prestigious annual Kentucky event, and in its short existence has racked up an impressive number of awards and accolades. Here are 10 more things you need to know about Woodford Reserve.

Since it was built in 1812, the Labrot & Graham Distillery building has housed a number of different brands. One was Oscar Pepper, whose one-time master distiller, Dr. James Christopher Crow, is variably credited with introducing or perfecting the sour mash fermentation technique. The technique sees part of a previous batch of mash used to ferment the subsequent batch (similar to a sourdough starter) and is common in modern-day bourbon production.

Since 1995, the Labrot & Graham Distillery has been listed on the National Register of Historic Places. It’s one of 32 National Historic Landmarks in Kentucky.

The building hasn’t always been used for distilling.

Woodford Reserve uses locally grown corn from Shelby County, Ky., and water from nearby Glenn’s Creek for its whiskey. The latter is naturally filtered with limestone, which rids the water of iron that would otherwise add unwanted flavors. Like many other bourbon distillers, Woodford uses a unique, proprietary yeast strain to start the fermentation process.

Woodford Reserve has a total of four whiskeys as part of its main portfolio. The Distiller’s Select and Double Oaked are its flagship bourbons, and the brand also produces a Rye Whiskey (using a 53 percent rye mash bill) and a Malt whiskey (51 percent malt mash bill).

The distillery also has smaller-batch, limited-release offerings such as the Master’s Collection and the Distillery Series, which is only available at the Woodford Reserve Distillery and a limited number of Kentucky retailers.

All of Woodford Reserve’s whiskeys are (at least partly) pot distilled.

Following fermentation, Woodford Reserve is distilled three times in pot stills. The entirety of the whiskey in Woodford’s Master’s Collection is the product of this pot distillation. For its main portfolio, pot-distilled whiskey is blended with column-distilled whiskey produced at the Brown-Forman Distillery in Louisville, Ky.

Aging is both traditional and innovative.

Woodford Reserve ages its whiskey in 1870 stone barrel houses. These buildings use a process called heat cycling, which involves heating and cooling the air to closely control maturation. On average, Woodford is aged for seven years before it’s blended and bottled.

In October 2017, Woodford Reserve announced it would be the new sponsor of the Kentucky Derby. The deal started with the 2018 race and is set to run for five years. Woodford Reserve has been the “official bourbon” of the Derby under a separate sponsorship deal since 1999.

Each year at the Derby, Woodford Reserve provides a limited number of luxury Mint Julep cups. This year, 125 racegoers enjoyed their juleps from $1,000 solid silver vessels that they got to keep. For those who wanted to raise the stakes, 20 gold-plated cups were available with a silver sipping straw for $2,500.

In May 2018, Woodford Reserve launched a limited-edition bottling, available exclusively at worldwide duty-free stores for a one- year period. The $1,500 Woodford Reserve Baccarat Edition partnered the brand with the French crystal manufacturer to release custom decanters filled with bourbon that had aged for three years in XO Cognac casks.

The article 10 Things You Should Know About Woodford Reserve appeared first on VinePair.